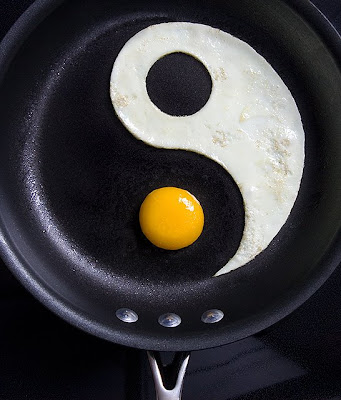 I had such an amazing day today and for no particular reason other than because I decided to.

I was Charge Nurse today and my team of 40+ nurses had a huge hill to climb today to get done - and we did. I started the day telling them that it was a glorious day - the sun was shining, the birds were singing and that it was going to be an awesome day - I could feel it - the air was almost vibrating with greatness. I gave them the starting numbers and promised to keep them up to date during the day with the numbers if they would respond as quickly as possible to the tasks I was going to be throwing their way.

Well the numbers got downright ugly. At 2PM we had over 1,000 patients that needed calling and 4,000 left to look at. I told them not to let the numbers mislead them - they had already accomplished so much - and that we were going to get it done. I told them an experience I had at lunch CONVINCED me today really was awesome, that we were all terribly terrific and would absolutely get everything done - and we did. I left the office a little after five today and there were 24 patients left that the people who worked until seven would complete. AMAZING. I received several nice emails from staff thanking me for the positive messages and telling me that I was a great motivator. They did all the work - I was just the director. Teamwork ROCKs!

So what experience did I have at lunch which convinced me today was an awesome day? At lunch, I went to a grocery store to get a salad. It's about 5 miles from the office. When I got back to the office I was getting my things out of the car and - NO PURSE! I searched the trunk, I searched the back seat, I search the floor. Panic started to set in. I got back in the car and drove like a bat out of hell back to the grocery telling myself all the way that it would still be there. To my great relief - there in the parking lot, in the seat of the cart I had left, was my purse. Everything intact. How amazing is that?

May all your days be awesome!
Posted by eaprez at 10:44 PM

Email ThisBlogThis!Share to TwitterShare to FacebookShare to Pinterest
Labels: Beth

That is awesome!! Glad it worked out on the good side for you. Must be living right, probably that positive attitude. Hope you have many great days!

What I'm Watching on the Tube

Email me for link to download any of these.

Sounds of Blackness - Evolution of Gospel

Kings of Leon - Only By The Night

Cymbals Eat Guitars - Why Are There Mountains

What I'm Listening To On The Radio

The Bill Press Show - 6 AM - STREAMED

My Sources For News

Awarded by Spadoman to Beth